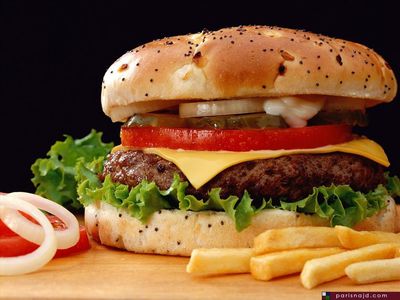 In a few hours, we’ll bid adieu to 2013, and face the days, weeks and months that 2014 has to offer. People will make their predictions, yet only time will tell what glories and disasters the new year will hold.

Still, we cannot help but make our best guesses.  One of mine is that the left will continue to do all it can to force all of us to “do the right thing” – as the left so well knows.  This news article is more evidence of what the left things is good for us – and how too often, their best intentions go so wrong.

Andy Puzder, the CEO of CKE Restaurants, the parent company of Hardee’s and Carl’s Jr., should know. His company is expanding rapidly abroad due to higher potential outside the U.S., which is hampered by what he sees as too much government regulation.

“It’s difficult to open in the U.S., but we love the U.S. and continue to fight the good fight to open restaurants and create jobs,” Puzder said. “It’s just that the government is making it hard for us to build those restaurants.”

“Under the current U.S. business climate, regulatory and tax restrictions tend to curb otherwise dynamic entrepreneurial energy,” Puzder said. “We’d love to see more growth in domestic markets. Unfortunately, it’s easier for our franchisees to open a restaurant in Siberia than in California.”

Puzder named ethanol regulation, which has resulted in higher beef costs, a rising minimum wage and higher labor costs due to Obamacare as three obstacles that make doing business in the U.S. more difficult than in the past.

To help lessen the effect of these rising labor costs and to attract a tech-savvy generation, CKE is turning to technology and looking into options for mobile ordering as well as tablet ordering within its restaurants.

“I think it satisfies the needs of younger people. It also reduces your costs,” he said. “When they talk about raising the minimum wage or providing health care for employees over 30 hours, you’re really encouraging automation.”

Although I personally do believe many on the left understand that more jobs and better wages leave our nation in superior condition, they do not comprehend how much of what they wish to regulate and force makes their goals more difficult, not easier. Their hate of “fast food” and belief that “healthy” unprocessed food may be, overall, accurate.  Nevertheless, their constant regulating of the industry serves only to send jobs to other nations, and automate away the entry level jobs that might otherwise stay in the U.S.

Put me down as someone who thinks it is not good to eat every meal at a fast food restaurant.  Yet, the answer isn’t killing the industry.  The answer is having people work out for themselves what is best in their own lives, allowing them to make their own personal choices – and then learn from those choices.  Having life forced and regulated upon us rarely works out well.

And on that note – a Happy New Year, with all it may portend – for us all!